Fighting for the Justice & Compensation You Are Owed 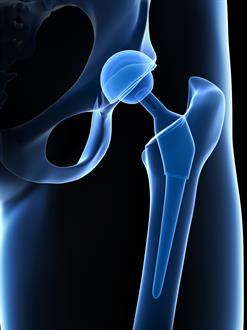 After your hip replacement, you undoubtedly looked forward to restored, pain-free mobility, perhaps for the first​ time in years. Instead, you may be experiencing worse pain and disability than before the implant. The reason may be a defective DePuy hip implant. Our Columbus DePuy hip replacement attorneys are helping plaintiffs like you get compensation for your pain and medical expenses.

DePuy Orthopaedics, a division of Johnson & Johnson, manufactures two types of hip implants that have been associated with serious and potentially disabling medical complications: The ASR hip replacement and the Pinnacle hip replacement. The N.Y. Times has characterized these hip implants as “one of the biggest medical device failures in recent decades.” Patients who have experienced problems with these devices have brought thousands of lawsuits against DePuy and Johnson & Johnson in state and federal court.

The Problem with Depuy Hip Replacements

The DePuy ASR XL Acetabular System total hip replacement and the Pinnacle Hip Replacement System were intended to be advancements in hip replacement technology. These implants were supposed to be more durable and to allow for a greater range of motion with less risk of dislocation than conventional hip implants. DePuy’s intent was to develop an implant for younger, more active patients which would allow them to return to work and athletic activities and would last a lifetime or near to it. Unfortunately, these hip implants have proven far less serviceable than conventional devices, with many failing within a year or two after being implanted.

Components of a Hip Implant

The hip joint is a ball-and-socket joint. As the leg is moved, the ball-shaped head of the thighbone (femur) rolls inside a cup-shaped socket (acetabulum) in the pelvis. A hip replacement has three parts that replicate the action of the hip joint: A stem, which is inserted into the femur; a ball, which is attached to the top of the stem replacing the head of the femur; and a cup, which fits into the pelvis in place of the socket.

In conventional hip implants, the ball and cup have a ceramic or plastic surface. These parts of the implant wear out over time as they rub against each other. The idea behind the ASR and Pinnacle implants was to make the moving parts out of a more durable material—metal, a cobalt-chromium alloy to be specific. But these “metal-on-metal” implants suffer from an inherent design flaw: They release metal ions as the surfaces of the ball and cup rub together. These tiny atom-sized particles of cobalt and chromium are released into the surrounding tissues causing inflammation and pain. They also get into the blood stream and travel throughout the body where they can potentially damage organs such as the heart and brain.

The ASR hip replacement has a particular design flaw. The cup contains a groove that limits the area inside the cup in which the ball can rotate as the leg moves. The ball is consequently more likely to rub against the cup’s edge, causing wear and releasing metal debris.

DePuy Knew about the Problem

A significant number of individuals with DePuy hip replacements have reported serious problems, including:

Some individuals have had to endure painful revision surgeries to remove and replace their implants. Many more are expected to need this surgery in the future. In fact, data from the U.K. indicate that up to 50 percent of patients implanted with the DePuy ASR hip replacement may be forced to undergo revision surgery within 6 years of the initial implantation. Johnson & Johnson’s own analysis conducted shortly after the ASR recall estimated a 40 percent failure rate within 5 years. In contrast, conventional hip replacements typically have a failure rate of five percent at five years.

Learn about our record of successfully representing plaintiffs who have been injured by defective products. If you have a DePuy ASR or Pinnacle hip implant and are experiencing complications or have been told you need revision surgery, please contact a Columbus DePuy hip replacement attorney at Rourke & Blumenthal.

You can reach us at (614) 321-3212. We promise to return your call within 24 hours. You will always have an opportunity to speak with an attorney. You will not be limited to speaking with support staff.

/
more results
Our firm has earned a name as one of the leading injury litigation firms in Ohio.
Why we are the right choice
client reviews